Find the perfect developer for your project with Upstack.

Xcode and Swift are both software development products developed by Apple. Swift is a programming language used to create apps for iOS, macOS, tvOS, and watchOS. Xcode is an Integrated Development Environment (IDE) that comes with a set of tools that helps you build Apple-related apps. Even though you utilize both products to develop Apple-based applications, they play different roles in the development process.

As mentioned, Xcode is an IDE developed by Apple that allows you to build apps for iOS, macOS, tvOS, and watchOS. Launched in 2003, Xcode continues to evolve. Since version 5.x in 2013, Apple has consistently released a new version on an annual basis. As Apple launched new products such as the iPad, iPhone, Apple TV, and Apple Watch, they added development support into the Xcode IDE platform. The product is available on the Mac App Store and is free to use for Mac users.

Xcode comes with a range of features you would expect in an enterprise IDE.

Xcode builds fat binary files. It is capable of including code for various architectures that conform to the Mach-0 format. As these are universal binary files, it allows the application to run on PowerPC as well as 32-bit and 64-bit Intel x86 platforms.

If you need to build apps for ARM, you can leverage specialist components like the iOS SDK. Utilizing this feature, you can compile and debug applications that need to run on iOS and the new Apple M1 chipset.

In addition to the various coding features, Xcode offers developers a range of functionality to improve their workflow and streamline the software development process.

Version 12 of Xcode comes with document tabs. A usability feature sorely missed in previous versions. It also allows you to alter the navigator font sizes and offers enhanced code completion. Xcode 12 is also universal app ready, enabling you to test a single code base across multiple architectures. Taking the family of Apple operating systems into account, it also comes with built-in multiplatform app templates. This feature allows you to set up new projects and share code among macOS, iOS, watchOS, and tvOS using SwiftUI and the lifecycle APIs.

Apple created the Swift programming language to provide a common coding platform for its range of device operating systems. Released in 2014, Swift gives developers the capability to build apps for macOS, iOS, watchOS, and tvOS. Xcode's SwiftUI feature initializes the user interface designs with preloaded Swift code, making it easier to develop rich user apps for any Apple platform. Xcode has included support for the Swift programming language since the release of version 6 in 2014.

Swift is a relatively young language. If we compare it to C++, C#, Java, or even Python, its syntax is cleaner and more concise. For example, you do not need to end statements with a delimiter like a semi-colon. It supports inferred types, and its modules provide the relevant namespace eliminating the need for headers. It also has excellent memory management capabilities using tight, deterministic reference counting, which reduces the amount of memory needed by your app.

Swift is fast. It leverages the LLVM compiler to transform its code into optimized binaries that run on modern hardware architectures. Since it is Apple's successor to C and Objective-C, it includes low-level primitives such as operators, types, and flow control. Swift also provides object-oriented features such as classes, protocols, and generics.

Since version 5, Swift supports binary compatibility for apps. The inclusion of this feature means developers no longer need to include Swift libraries in their app code. These libraries now form part of the various Apple operating systems' code bases. This feature reduces the size of the app and simplifies the development process.

Swift is open source. Managed and maintained at swift.org, developers can go to the site and access the source code, a bug tracker, and user forums. Swift is also cross-platform. It supports Apple and Linux platforms, and as of September 2020, Windows support is available for early adopters.

Although the title of this post is Xcode vs. Swift, the reality is that these two Apple technologies do not compete. They complement each other and are the preferred platform to develop apps for macOS, iOS, tvOS, and watchOS. As Swift is open source and cross-platform, developers can use Xcode features to build Linux and Windows apps in addition to applications for Apple devices.

If your primary device is a Mac, developing in Swift and Xcode gives you the capability to develop apps for many use cases. However, even though these two technologies work seamlessly together, you do have other choices. As Xcode supports a wide range of programming languages such as C, C++, Java, and Python, you can develop apps using these platforms. However, the real power of integration comes with using the two Apple technologies together. Even though Windows support is in its infancy, the Xcode and Swift combination may well be one of the more popular software development platforms of the future. Consider hiring an Indian developer to help with your project. 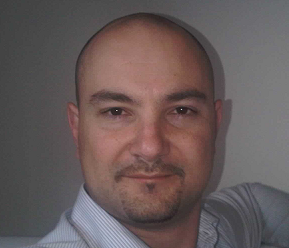 Hacks to feel powerful and productive during the pandemic

"Coronavirus has shaken the world. None of the countries got enough time to understand what it is. Spreading like a forest fire, the governments of

Predictions About Software Development Trends In 2021

With 2020 on the horizon and 2019 on the books and 2021 beginning, it is time for companies to learn where software R&D professionals are

Things You Need to Know About Job Searching During The Holidays