Schedule a Consultation and Hire a Shopify Developer 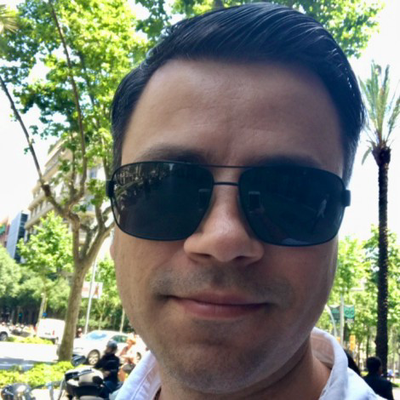 As a self-starter entrepreneur with over 20 years of experience, I remained focused on business planning and strategy or even build and implement a marketing strategy for the best conversion rate. After founding 3 successful start-ups, and graduating from IE MBA program, I developed a strategic and creative mind, being able to create and implement a complete Balanced Scored Card or Kaizen and Six Sigma in the company’s operation plans. Mastering every aspect of the business, I define long-term strategies to generate more revenue while increasing customer retention and satisfaction. 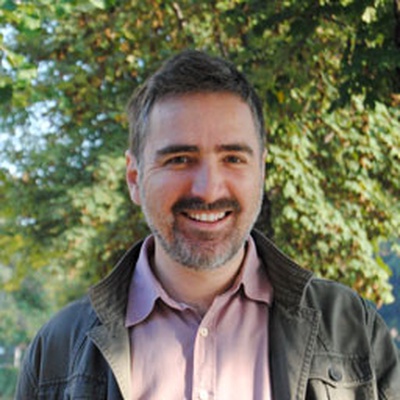 An experienced front-end and UI/UX developer with an extensive background creating high-end business solutions. Develops high-performance and user-friendly interfaces for web applications and sites. Thrives working on challenging projects and will always find my way to fully meet and exceed clients' goals.

Tasha is a creative, enterprising and efficient Software Developer with 9+ years of technical expertise in the development and implementation of strategies for websites/mobile and web developments. Her technical focus is on the design, coding and implementation of highly performant frontend solutions for varying clients. She is an avid learner of new technologies and strives to deliver excellent customer-focused applications on all projects. 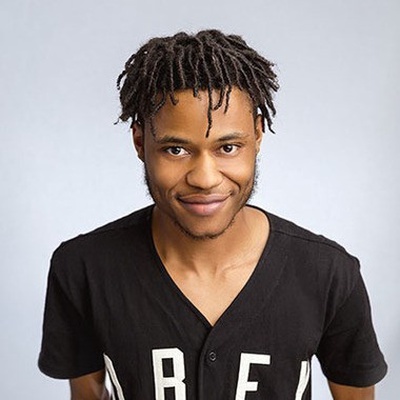 Cardron is an experienced, organized and passionate Software Developer with 10+ years of technical expertise in building and delivering custom themes, plugin development, small and largescale websites, especially in WordPress for diverse clients. He uses a client-focused approach in translating specific technical requirements into innovative software solutions on different client projects.

Sheenan is a spirited Software Engineer with 7+ years industry know-how, curating innovative software solutions on projects for clients. He is a hard-working, conscientious, and open-minded team player/avid learner on-the-job with technical mastery in Javascript(React/NodeJS), Ruby on Rails and experience in PHP. 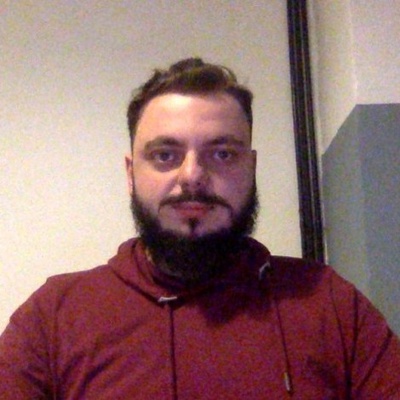 I am a vibrant Full Stack JavaScript Engineer with 5+ years of technical know-how in the iteration of innovative software solutions for clients. I utilize a fast approach for the development excellent solutions that solve complex/technical real-world problems. I am a keen open source activist with a penchant for research and exploration to find new solutions to engineering tasks . 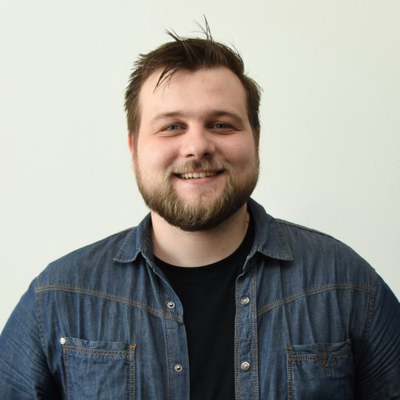 Eldar is an expert Full Stack Developer with 8+ years of hands-on expertise in the iteration of innovative frontend and backend solutions on projects for clients. He is a resourceful Product Manager and thrives in startup environments where experimentation, innovation, and growth are encouraged. 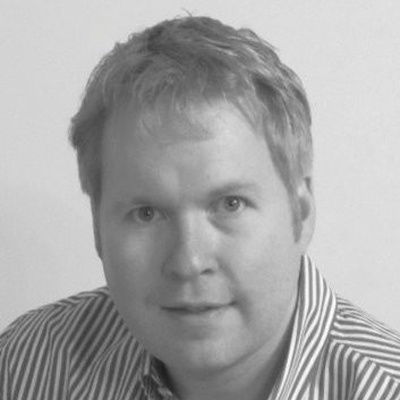 Michael is a veteran Software Engineer with close to two decades worth of technical experience in building new features and fixing/improving existing features using PHP and Laravel for new API deployments. He builds elegant, stable and highly performant code solutions on projects for clients; turning business ideas into working products/solutions for clients. 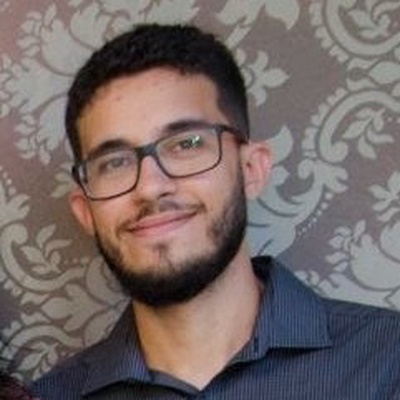 Gustavo is a dynamic Software Developer with 6+ years of development expertise in the iteration of high-quality solutions on projects for clients. He writes nice, efficient and clean code for maintainability, readability, and scalability. He is an awardee of three global hackathon prizes and has delivered several projects successfully for clients. 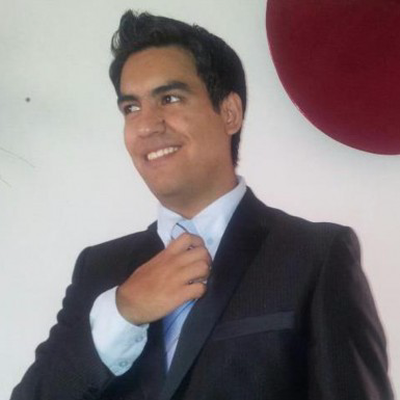 I am a Senior Web Developer with a strong bias for action - having participated in 10+ startup and 20 legacy projects. I specialize in front-end architecture solutions that employ modern approaches, languages and functional programming to iterate highly performant web apps and online experiences that foster sophisticated user engagement on projects. I have awesome communication skills, leadership expertise, know agile software development principles and thrive in a fast-paced environment.

Did you know that Shopify has become the leading eCommerce platform for startups and small businesses? In fact, about 20% of all Shopify stores are owned by smaller companies or entrepreneurs. This makes it essential that if you’re planning on opening your own business, you should consider a Shopify-based eCommerce store in order to get a head start. Whether you are just getting started with your business or already have a site up and running but need some help with your development, finding the right Shopify developer is key. An expert in this field can help build a custom Shopify storefront that meets all your requirements, while also streamlining things so they run smoothly in the future. However, many developers specialize in different platforms and software solutions, it can be challenging to find the perfect one for your business. Keep reading to learn more about how to find a great Shopify developer for your business.

Who is a Shopify Developer?

First, it’s helpful to understand what a Shopify developer does. Shopify’s website explains that in order to create a customized eCommerce store on their software, you need to work with a developer who can create a store “from scratch.” This means that the developer will actually be creating your store’s source code, designing your site’s look, and also installing any necessary software that is needed to run your store. An expert in this field will have experience with multiple eCommerce platforms, and will be able to create a custom-tailored solution based on your needs. If you’re considering hiring a Shopify developer for your business, it’s important to make sure he or she is experienced with the Shopify liquid platform. This is because each platform has its own coding language and special features, so you want to be sure your developer knows how to use them.

How to Find a Shopify Expert

When you’re ready to start your search for a Shopify developer, the first thing you should do is create a shortlist of potential needs. This will help you narrow down your options, so you can quickly find the right person for your project with your UpStack Rep. Once you have a shortlist of potential Shopify experts, it’s time to start narrowing down your options. The first thing you should do is create a list of questions you want to pose to each shopify developer. This will allow you to quickly dismantle their experience and find out if they would be a good fit for your project. Some good questions to ask include: What is your experience with eCommerce? Which eCommerce platforms do you regularly work with? What are your rates? Do you have previous experience with similar projects to mine?

Once you’ve identified a few Shopify experts that seem like a good fit for your project, it’s time to schedule some one-on-one discovery sessions with each individual via video call. When conducting these discovery sessions, you should keep an eye out for a few things: The developer’s level of communication: Does he or she respond in a timely manner? Do they answer all your questions thoroughly? The shopify developer’s level of interest in your project: Do they ask you lots of questions about your goals or your business? Do they seem genuinely excited to help you achieve your goals? Potential red flags: Is the developer overly aggressive or sales-y? Are they trying to upsell you on additional services or products?

Finally, one thing you should always remember to do when working with a Shopify expert is scoping sessions. This means that before you hire an expert, you should define the problem you’re trying to solve and the goals you have for your project. Doing so will allow you to create a project brief, so you can look for an expert who can help you achieve your goals in the most efficient way possible. It will also allow you to identify the best Shopify experts for your project and weed out those who might not be right for your needs. Working with an expert who knows how to create a custom-tailored solution based on your specific business needs is essential if you want to see results. You can find the right person to help you by following these steps, so you can find the perfect Shopify expert for your project.

They trust Our Shopify Developers

Why hire a Shopify developer with Upstack

Working with our Client Success Experts, we’ll help you build the remote team of your dreams with top Shopify talent from around the world.

Pre-vetted, reliable Shopify developers are standing by. Learn more about us and why UpStack is the perfect toptal alternative.

How Much Does a Shopify Developer Make?

When hiring a new shopify employee, cost is always a top concern for your business. It’s no secret that finding a qualified candidate with the right skills can be challenging, and it’s even more difficult to find someone who will accept your offered salary. In this article, we’ll explore what you can expect to pay as an entry-level Shopify developer, including details on hourly rates, job responsibilities, and more.

How Much Does a Shopify Developer Make?

Responsibilities of a Shopify Developer

As a Shopify developer, your typical daily responsibilities will include designing and building your client’s store, creating a custom admin experience for business owners, and managing their marketing campaigns. While you may get to work on all of these tasks at some point, you’ll likely specialize in one area, and that’s where a lot of the difference in salary comes from. Let’s take a look at some of the responsibilities you can expect a junior, mid-level, and senior Shopify developer to have.