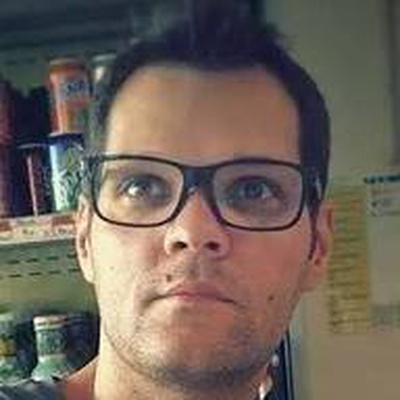 I am a highly skilled Frontend Developer with 10+ years of experience providing innovative software solutions and website codes for both desktop and mobile platforms. I have technical proficiency in the use of HTML 5, CSS 3, SASS, LESS, JavaScript, and jQuery in writing clean codes for the delivery of high-quality solutions and applications for the challenging projects and complex problems of clients. 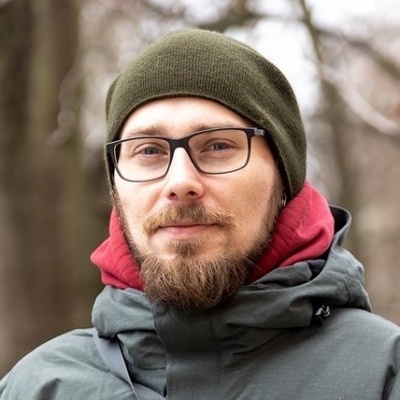 Stanislav is Senior Frontend Developer with 12+ years of experience in web programming and the iteration of frontend solutions; defining software requirements and taking the lead on operational and technical tasks in the implementation of projects. He can work independently or as part of a distributed team - developing high-quality software solutions that are aligned with user needs and business goals. 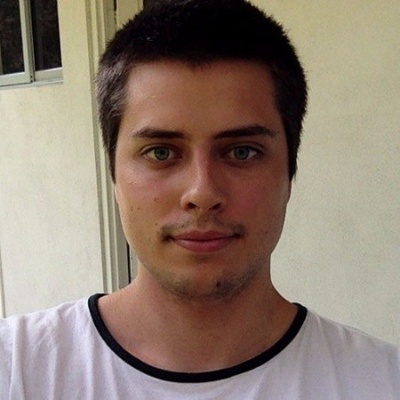 I am a highly disciplined and versatile Software Developer with technical preferences for JavaScript and AngularJS; creating responsive UI components and tools that are robust and easy to maintain on the software development process. I build scalable products that are fault-tolerant and highly available in response to challenging problems on projects. I am hands-on, a superb communicator, with considerable experience working in a fast-paced and collaborative environment. 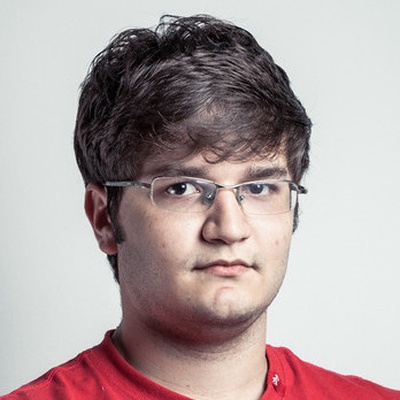 Beto has worked as a JavaScript developer since 2011 with a variety of teams, companies, and projects. He's worked on web-based games, B2B and B2C products, CRM, CMS, artificial intelligence, mobile apps, cryptocurrencies, and technologies related to finance. He is looking for innovative projects to work on—projects that require accuracy and projects that will challenge and expand his skill set. 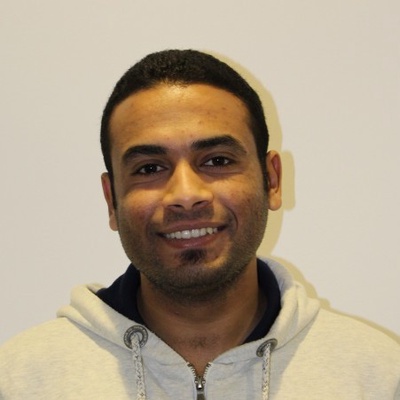 An experienced web and software developer with over four years of experience in designing and developing innovative applications and websites. Specialize in web development, hybrid, and cross-mobile development. With expertise in numerous technologies, including C#, JavaScript, Xamarin and Ionic and deliver robust and fully functional applications. Have successfully assumed numerous roles in the development process, from performing unit tests to developing web APIs. Consistently provide high-level communication while conveying complex technological concepts in an easy-to-understand manner. 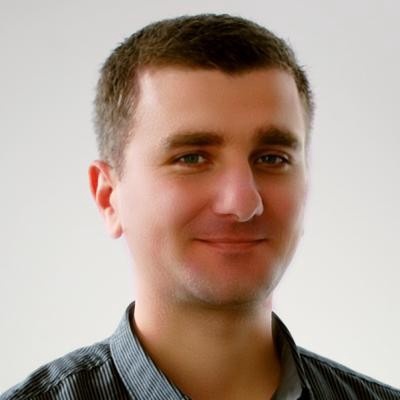 I am a Software Developer with 10+ years of Senior Programming, Enterprise Architecture and Project Lead experience. My specialties are front and back-end and mobile app development with my technical preferences in PHP, jQuery, Angular, and Ionic framework among others. I enjoy working with clients to determine strategies to develop software that solves problems and improves user interaction. 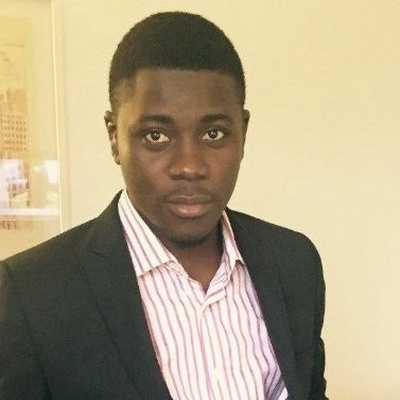 I am a versatile Developer with Full Stack development, SAP Consultancy and Electrical Engineering experience in different technical spheres. I use multiple programming languages to develop innovative, high-end applications for web, mobile and desktop platforms working with both startups and corporate clients. I am an avid learner, and strive to develop fully-functional applications that meet all client and end-user requirements on all projects. 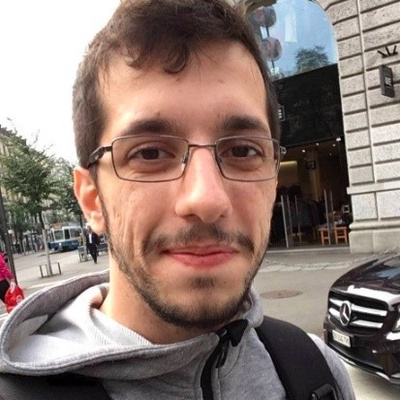 I am a skilled front-end and UI developer, passionate for UX and creating/implementing next generation User Interfaces. My expertise in front-end development is based in a wide understanding and practicing of core concepts from HTML, CSS, and JavaScript. I believe that developers, more than lines of code, must always deliver value. 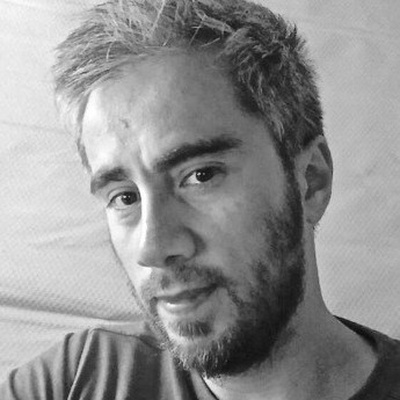 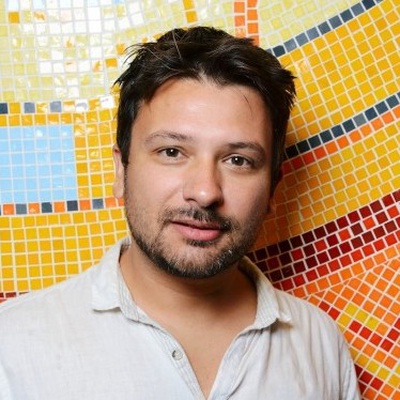 I possess extensive knowledge of Front-End Development, Web Applications, and Mobile Applications based on web technologies including Angular, Ionic, Cordova, React, and React-Native. I have a track record of matching business objectives to current and emerging technologies.

Are you in the process of creating an app? If so, you’ve likely heard of Ionic, a popular open-source software development kit (SDK) for mobile app development. Ionic is a great platform for creating high-quality mobile applications that can be deployed on multiple platforms, like iOS and Android. However, to bring your app project to life, you need the right Ionic developer. Hiring a great Ionic developer can be challenging and daunting, but it doesn’t have to be. With the right roadmap and knowledge, you can find the perfect developer for your app project. This guide will provide you with an essential overview of what to look for in an Ionic developer, as well as tips on how to find the perfect fit for your app project.

What is Ionic and why is it used for mobile app development?

Ionic is a hybrid mobile app framework that allows developers to create mobile apps with a combination of web technologies and native functionality. Hybrid mobile apps are a great solution for companies that want the benefits and functionality of a native app without the time, cost, and effort associated with developing a full-native mobile app. Plus, Ionic apps can be deployed on multiple platforms, including Android and iOS. While Ionic is primarily used as a hybrid mobile app framework, it can also be used to create web applications and desktop applications using popular technologies like Javascript, Angular, CSS, and Sass. Ionic is a great option for creating a wide variety of mobile app projects. In fact, Ionic apps have been used for everything from marketing and productivity apps to SaaS and eCommerce apps. Ionic apps are perfect for mobile applications that require a great deal of interactivity and functionality.

What to look for in an Ionic programmer

You may think that anyone can develop an Ionic app, but that’s not the case. The right Ionic developer will have a strong understanding of the framework and possess the necessary skills to build high-quality apps with it. Take the time to find a great Ionic developer by evaluating their skills, experience, and credentials. This will help you to find a developer who is well-suited for your project and can help you to avoid project mistakes and missteps. Here are a few things to look for in an Ionic developer:

Tips for interviewing an Ionic developer

It’s important to have a clear understanding of what to look for in an Ionic developer, but it’s just as important to know how to interview a candidate. Here are a few tips for interviewing an Ionic programmer:

Tips for evaluating an Ionic developer

After you’ve found the right Ionic developer for your project, it’s important to evaluate their performance. This will help you to ensure that you have a team of great developers on your project. Here are a few tips for evaluating an Ionic programmer:

How to onboard an Ionic developer

You’ve identified the right Ionic programmer for your project, and they’re now on the team. Now what? Now, you need to onboard the developer and get them familiar with your project. Here are a few tips for onboarding an Ionic developer:

They trust Our Ionic Developers

Why hire a Ionic developer with Upstack

Working with our Client Success Experts, we’ll help you build the remote team of your dreams with top Ionic talent from around the world.

Ionic is a type of framework used for developing mobile applications. It is an open-source framework, which means that it is free to use and developers can contribute to its development. Ionic allows developers to create hybrid mobile apps using web technologies like CSS, HTML, and JavaScript. This means that the same code can be used to create apps for multiple platforms, including iOS and Android. Ionic also provides a number of pre-built components, which can be used to speed up development and create a more polished user experience.

Can ionic be used for web development?

Yes, Ionic can be used for web development. In addition to creating hybrid mobile apps, Ionic can also be used to create progressive web apps (PWAs). These are web apps that can be installed on a user's device and provide an experience similar to a native mobile app. Ionic provides a set of tools and services that can be used to create PWAs, including support for offline access, push notifications, and the ability to add the app to a user's home screen. This allows developers to create web apps that have the functionality and feel of a native mobile app.

How do I develop an android app using ionic framework?

To develop an Android app using the Ionic framework, you will need to have the following installed on your computer:

Once you have these tools installed, you can create a new Ionic project by running the following command:

This will create a new Ionic project called "my-app" in a directory with the same name. To run the app on an Android emulator, you will need to add the Android platform to your project by running the following command:

You can then run the app on the emulator by running the following command:

This will launch the emulator and install the app on it, allowing you to test and debug your app. When you are ready to create a release build of your app, you can run the following command:

This will create an APK file (the file format used for Android apps) in the platforms/android/app/build/outputs/apk/ directory of your project. You can then sign this APK file and publish it to the Google Play Store or distribute it to users through other channels.

How much does an Ionic developer make?

Can I use Python in Ionic?

Ionic is a framework for building mobile apps using web technologies like HTML, CSS, and JavaScript. It is not directly compatible with Python, which is a programming language that is typically used for building server-side applications and utilities. However, it is possible to use Python in combination with Ionic in certain ways. For example, you could use Python to create a RESTful API that your Ionic app can communicate with in order to retrieve data or perform actions on the server. This would involve setting up a server-side Python application that your Ionic app can make HTTP requests to, and then handling those requests and returning the appropriate data or performing the requested actions. This is just one example of how you could use Python in combination with Ionic, but there may be other ways to do so depending on your specific requirements and use case.