Hire the Top Freelance Node.js Developers in the World 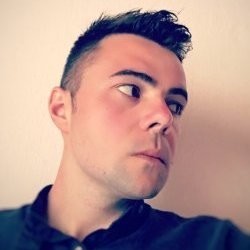 Cristian is a skilled Senior Software Engineer with 6+ years of technical expertise in the development of web applications; processing billions of rows of data in Python and Java, queried big data with Apache Spark, and tackled DevOps with AWS and Jenkins. He is a security champion on projects driven by quality, performance, problem-solving, and results. 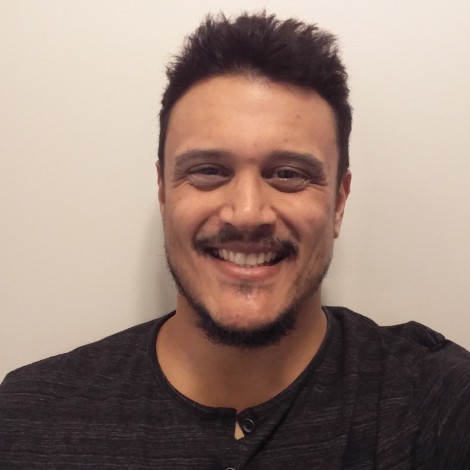 I am an expert Full Stack Web Developer with 8+ years of experience in the use of JavaScript, React, jQuery, REST APIs, and JSON in development of innovative web solutions for clients. I am adept at creating applications with frontend and backend capabilities that integrate seamlessly with external services using NodeJS and ExpressJS; hosted on platforms such as Azure. I use Agile/Scrum methodologies to manage and deliver unique solutions on all projects for clients. 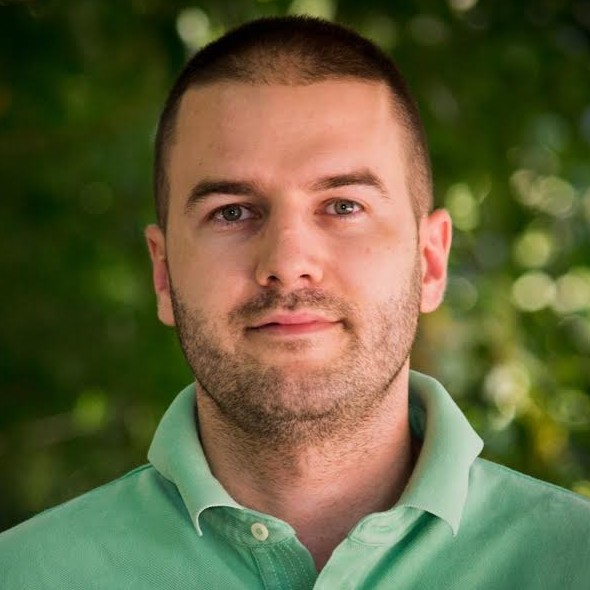 Milan is a driven and experienced Software Developer with over 10 years of industry experience in web and software application. He is technically proficient in Java, PHP, Node.js and React.JS and enjoys working on innovative projects for start-ups and agencies/consulting firms. He is a dynamic communicator and is dedicated to delivering high-level support throughout every project for clients. 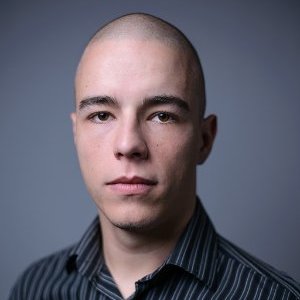 Petar has a decade's worth of software development expertise with a high level of proficiency in the iteration of excellent web applications and Javascript libraries that gives clients a great competitive edge. He has a quick eye for the slightest error on development, offers the best website user experience possible on different devices, systems or browsers, delivering the best solutions available either as an independent contractor or as part of any dev team. 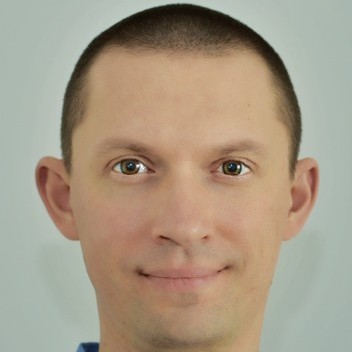 Ruslan is a seasoned Software Engineer with many years of industry expertise. He has been developing, testing, deploying, and maintaining different web-based applications for clients using various languages and platforms for over a decade. He is an avid learner, keeps abreast of the latest software trends and delivers solutions that are performant, simple and maintainable. 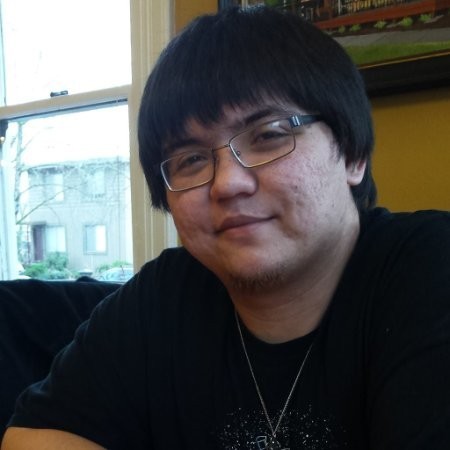 I am a polyglot Software Architect with technical specialty in backend systems; especially data engineering. I am an avid learner, and I don't shy away from frontend challenges or new skills. I am adept at prototyping new and innovative experiences with up and coming software, hardware and growing industries curating serverless architecture, natural language chatbots, video game streaming, etc. I am hands-on with services like Twitter/Twitch/Facebook/Mixer and seamlessly refactor them into larger SaaS products for business clients. 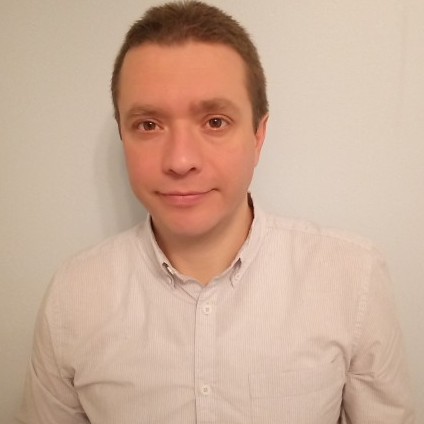 I am a highly skilled Full Stack Developer and Analyst with 15 years of in-depth expertise in Frontend/Backend technologies, best practices, design patterns, UI/UX technologies, and database technologies. I have mastery in the full mobile development life cycle and provide technical leadership for the implementation of different high-volume mobile consumer products. I have incredible performance and memory tuning skills and deliver highly-rated apps to the App Store. 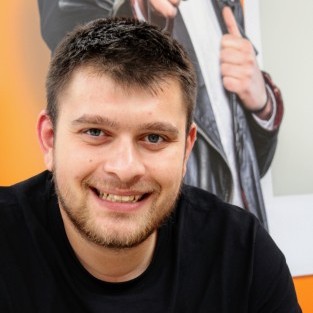 I am an innovative and passionate JavaScript Developer with technical expertise in the use of Node.js, TypeScript, Angular, and other frameworks for both frontend and backend solutions and the delivery of high-quality, clean, performant code on all projects for clients. I employ a client-centered approach on all developments and projects for my clients. 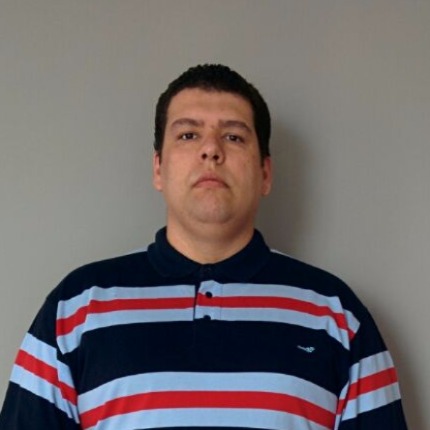 I am an expert Full Stack Software Developer with technical proficiency in Mean Stack for the delivery of high-quality solutions for clients. I am an ardent learner of new technologies; applying them to improve and enhance software products for clients. I produce frontend pages that are responsive and backend applications that are fast, scalable, bug-free, testable, and secure on all projects. 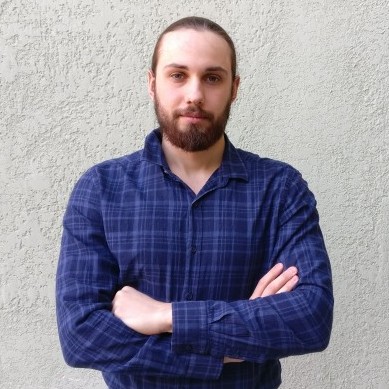 I am a Full Stack Web Developer with a focus on modern software development, especially for the backend. I have ample expertise in the development of innovative business and financial applications. I am familiar with the full development lifecycle of products and a passion for big projects that require heavy involvement, a comprehensive understanding of the business domain and strong planning skills.

Hiring the perfect Node.js developer for your upcoming big project can be stressful. The correct prospect needs to be intelligent, skilled, responsible and responsive, or your project could fall behind. Upstack handles your hiring problems by matching your company with vetted senior level Node.js developers. Our artificial intelligence driven matching program helps your company find the ideal fit for your development project. Our blend of A.I. and individual interviews assures a great match for your development team. Our ultimate objective is to help you find a freelance Node programmer that will contribute to your team immediately. Our remote developer hiring approach has been refined through our several years in service and is trusted by many fast-growing startups. Hire your next Node.js developer with Upstack and start adding gifted specialists to your group today.

Hiring a Node-JS developer with upstack couldn’t be easier. We’ve narrowed the hiring process down so it only takes days, not months to locate a skilled developer. This helps you save crucial time and gets your development staff scaled rapidly. Every factor has been taken into consideration, from time zone overlap to developer availability. We’re not looking for a good developer match, we’re looking for the perfect one. Simply tell us what skills you’re searching for and an Upstack consultant will get in touch with you, it’s that simple.

They trust Our Node.js Developers

Why hire a node.js developer with Upstack

Working with our Client Success Experts, we’ll help you build the remote team of your dreams with top node.js talent from around the world.

What are the Basics of Node.js?

Node.js is a very powerful JavaScript-based platform for developing online chat apps, streaming websites, one-page applications, and some other intensive websites and web applications. It is usable by both big, established companies and start-ups. Node.js is open-source, free, and utilized by thousands of developers worldwide. It has many advantages and makes it a better choice than other server platforms such as Java or PHP. Here are the basics of node.js that every great developer should know.

Node.js is an open-source platform used to develop web applications on the server. The code for Node.js applications is written in JavaScript and can run on various operating systems. Node.js operates on an event-based architecture and a seamless input/output API designed for application performance and real-time web application scalability. For a long time, the NodeJS framework available for web development has its basis on a stateless model. With a stateless model, data is generated in a session will not be saved for use in the next session with the particular user.

Asynchronous and event-oriented – APIs present in the Node.js library is asynchronous (i.e., Non-blocking). This basically means that a Node.js-based server will never be on a data recovery API. The server advances to the following API after the call, and the Node.js event notification mechanism helps the server to get a response from the former API call.

If you want to set up your environment for Node.js, you will need two software programs on your computer: (a) a text editor and (b) Node.js binaries.

This will be used to write your codes. Examples of some editors include Windows Notepad, Edit Ed command, Letter, Epsilon, EMACS, and Vim. The name and version of the text editor can be different depending on the operating system. For example, you can use Notepad on Windows, and you can use vim or Vi on Windows and Linux or UNIX. The file created with the editor is known as a source file, which contains the source code of the program. The source files of Node.js programs are usually named with a ".js" extension. Prior to programming, ensure you have a text editor and you are experienced enough to write a computer program, save it, and run it when you are done.

Node.js features a virtual REPL environment (also known as Node Shell). REPL stands for Read-Eval-Print-Loop. This is a fast and simple way to test Node.js or JavaScript code. To start the REPL (Node Shell), open a Command Prompt (on Windows) or Terminal (on Mac or UNIX / Linux) and enter the node.

Buffer class is a global class that can be accessed in an application without importing the buffer module. Pure JavaScript is compatible with Unicode, however, not binary data. When using TCP streams or file systems, octet streams must be processed. This node offers a buffer class, which provides an example for storing raw data, similar to an integer set, but equal to the original memory allocation outsideV8 heap. The buffer class belongs to the global class and can be accessed in an application without the need to import the buffer module.

The module in the js node is a way of compiling the code in a distinct logical unit. There are a lot of readable modules on the market that can be used on js nodes.

Streams allow you to easily read data from the source and write data. There are four types of streams in Node.js:

Typically, there are four types of errors in the Node.js applications:

Callback is an asynchronous equivalent for a function. A callback function is called at the completion of a given task. Node makes heavy use of callbacks. All the APIs of Node are written in such a way that they support callbacks.

There are two general patterns that can be used to motivate and connect an event using the EventEmitter class in Node.js.

Npm (Node Package Manager) is the most essential tool in Node applications. It is usable for node and JavaScript packages management and also useful in running tests and tools during development. Npm is installed with Node.js. It comprises a program, also known as npm, and a package management registry. Npm utilizes a definition file known as "package.json" for package dependencies management. It lists the entire dependencies of a package (name, version, and description, initial file to make, production dependencies, and development dependencies), compatible node version, and so on. It has everything you need from npm to make your app work.

What Skills Does A Quality Node.js Programmer Have?

There are many skills to consider when hiring a senior node.js programmer, below is a partial list of things you should look for while considering our nodeJS developers.

Great communication skills. The ideal node.js developer needs to work with multiple departments and be able to explain in simple terms what they are doing in regards to code building.