Schedule a consultation and Hire a IoT Developer 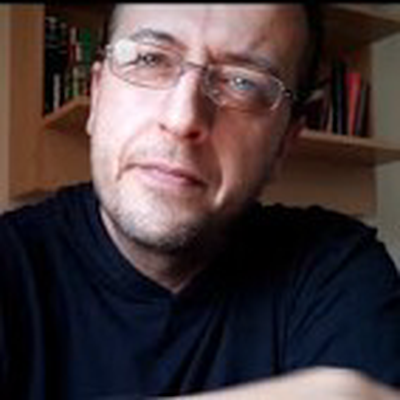 A highly experienced technical systems engineer with 14 years of experience in working on systems and development. I'm highly driven and focused on CI and CD based on Scrum Agile Methods foreseeing TCO reduction, best practices and delivering awesome results. 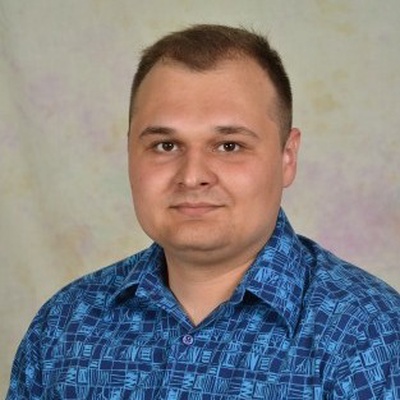 Radislav is an expert Senior Engineer with 10+ years of experience in the development of solutions for consoles, desktop, web, mobile and hybrid applications; covering different spectrums of tech stacks, tools, and frameworks including Python, Java, NLP, Android, and many more. He is hands-on with data pipelines, machine learning, deep learning, cloud infrastructure, and the extraction of analytics from a multitude of data sources in the iteration of solutions that have a direct and measurable impact on clients. He thrives in a fast-paced environment, values the “team” and leverages the expertise of teammates on projects. 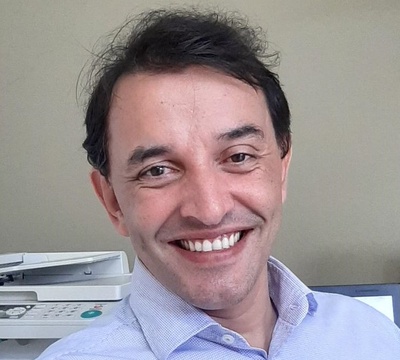 I am a seasoned Software Engineer with extensive experience developing backend, desktop, and embedded software for security, military, and medical applications using C++, Python, and Golang technologies. I support clients in architecture and technology definitions, protocol requirements, and software implementation, as well as team-leading. During my 16 years career, I have worked on creating multiple desktop applications, electronic equipment projects, and several IoT system projects. 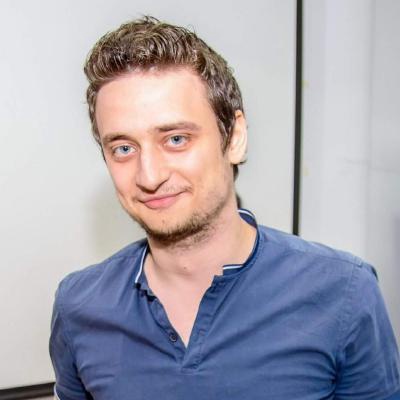 Cristian is a driven software engineer with 3+ years of experience using Golang in personal and company projects. Highly-proactive and a fast learner, he finds value in enhancing abilities through continuous learning and contributing to large projects. He has hands-on experience developing a cloud-based IoT platform, an e-commerce order management system, and points of interests microservices among other projects. 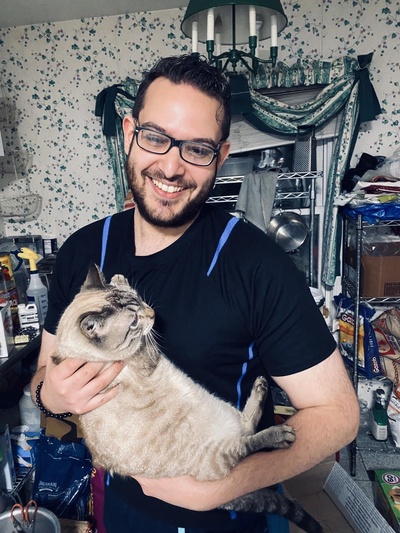 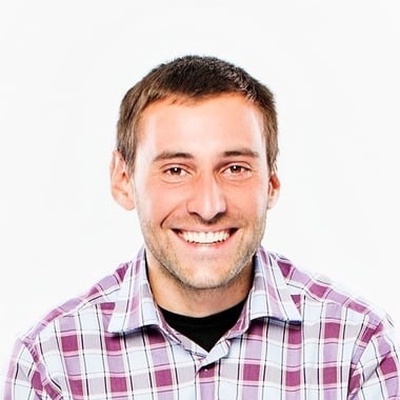 Agustin is a top Algorithm Developer with 15+ years of expertise in challenging the status quo, proposing new and better ways of doing things, solving challenging problems and bringing fresh and exciting ideas to projects. He is a self-starter who loves innovation and technology, an excellent communicator and an enthusiastic learner with an open mind and discerning attitude for figuring out the real needs of a project than building mere solutions for clients under different conditions. 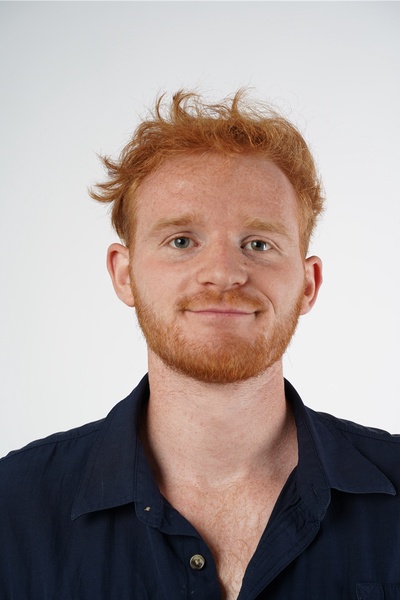 Tim is a proficient full-stack developer with 5 years of software development experience, academic and industry, currently focusing on Python. He wrote his Master's thesis for the M.Sc. Robotics, Cognition & Intelligence program at TU Munich on molecular dynamics simulations and AI in bioinformatics. Tim is passionate about solving problems with technology and has previously worked in Germany and the United States. Furthermore, he has gained experience as a remote developer in Boston as part of a real-time image analysis research division at Texas Instruments. 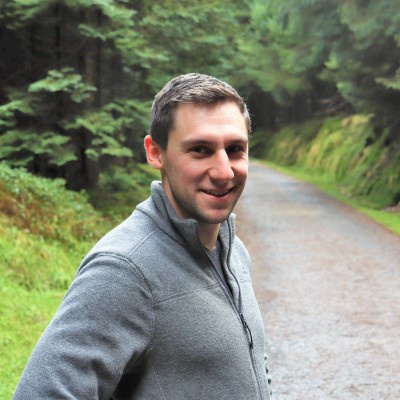 Taran is a skilled Full Stack Engineer and Architect with 8+ years of experience working on high-quality projects in multiple industries. He has vast expertise in developing .NET and web projects at various financial companies in the United Kingdom. For the past 6 years, Taran has worked as a freelance developer and architect for various projects, also managing cloud infrastructure in both Azure and AWS. 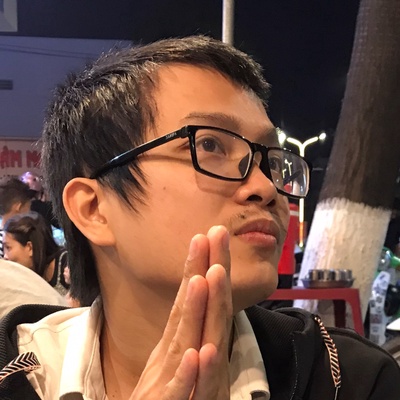 Vu is a core backend developer with 5+ years of experience in software development, passionate about creating useful and convenient products for companies and people. He is interested to persevere in a challenging business, overcoming difficulties and creating opportunities to succeed. Vu in proficient in multiple technologies, including Python, Node.js, Angular.js, and React.js. 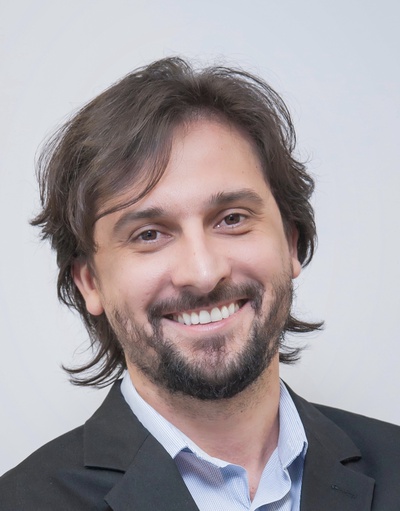 I am a Data Engineer who enjoys a Python-centric codebase on projects and works within the limits of Python best practices for data processing, real-time data monitoring (IoT) and dashboards using modern tools. I design solutions to maintain, improve and build data solutions to support business operations and analytics - translating requirements into data and analytics solutions, optimizing data pipeline performance and troubleshooting any issues.

As the Internet of Things (IoT) continue to grow in popularity, so does the demand for experienced and trustworthy developers to create and maintain IoT systems. When it comes to hiring an IoT developer, there are a few key things to consider. An IoT programmer needs to have strong technical skills, understand the complexities of developing IoT applications, and be able to work with a wide range of hardware and software. Additionally, they should have a good eye for detail and be able to think critically to solve problems. In this article, we will provide tips and tricks to help you find the right IoT developer for your project.

What is an IoT developer?

An Internet of Things developer is a programmer who specializes in the development of IoT systems. In other words – they build applications to connect your devices and sensors to the internet. Depending on the project, they might also be responsible for integrating backend applications and databases with their apps. While there is no formal education or certification required to become an IoT developer, there are a few skills that every IoT developer should have. They should have a strong technical knowledge and be proficient in multiple programming languages. Additionally, they should understand the complexities of developing IoT applications and be able to work with a wide range of hardware.

What to look for when hiring an IoT developer

Depending on the complexity of your IoT system, you may require a developer with various technical skills. In general, you should expect to find developers with proficiency in programming languages, such as Java, C++, Python, or C#. Other technical skills that may be required, depending on the project, include hardware programming, software architecture, database management, debugging, testing, debugging, and project management.

B. Understanding of IoT complexities

Depending on the type of project you are building, you may require a developer with a certain level of IoT knowledge. IoT solutions vary greatly and require a wide range of hardware and software. IoT solutions can range from a simple temperature monitoring system to a complex supply chain tracking system. Thus, you need to make sure that the developer you hire has the necessary IoT knowledge to build your application. You may ask them how they would solve a typical IoT problem, or what hardware and software they would use in a specific IoT scenario.

C. Knowledge of hardware and software

An IoT developer should be detail-oriented and able to pay close attention to the small details of a project. For example, they should be able to notice a small code error or a misplaced wire or sensor. They should be able to identify and solve the problem quickly, before it becomes a major issue. This is especially important when developing an IoT system that has to work in an integrated environment, connecting with other systems.

Tips and tricks for finding the right IoT developer

Before you begin your search for the right IoT developer, you should have a clear idea of your project objectives and requirements. For example, what hardware and software you intend to use and what is the desired functionality of the system. You should also have a clear idea of the project timeline, with as many milestones as possible. This will make it easier to find the right candidate who can deliver the project on time. To increase your chances of finding the right candidate, you can focus your search on a specific skill set with a detailed job description.

Advantages of using an IoT programmer

When building an IoT system, you may require various skills, such as programming, hardware expertise, and project management. Hiring a dedicated IoT developer provides you with the flexibility to outsource each part of the project to the most appropriate team member. For example, you can outsource the programming part of the project to an expert programmer, the hardware expertise to an engineer, and the project management to a project manager. This allows you to focus on your core areas of expertise and save time and money on hiring multiple team members.

Questions to ask an IoT developer

When interviewing a potential IoT programmer, you should ask them specific questions related to the project. Ask them how they would solve a typical IoT problem, or what hardware and software they would use in a specific IoT scenario. You should also ask them about their experience with IoT projects, as well as their general technical skills and experience.

They trust Our Internet of Things Developers

Why hire an IoT developer with Upstack

Working with our Client Success Experts, we’ll help you build the remote team of your dreams with top IoT talent from around the world.

Pre-vetted, reliable Internet of Things developers are standing by.

What is IoT Application Development?

How Do I Develop an IoT Application?

Here are some steps you can follow to develop an IoT application:

Remember that developing an IoT application can be a complex process, and will likely require expertise in a range of areas, including hardware, software, networking, and data analysis. It is important to carefully plan and manage the development process to ensure that your application meets your requirements and is successful.

Can I Develop an App with IoT?

Yes, you can develop an app with IoT. IoT, or the Internet of Things, refers to the network of physical objects (devices, vehicles, equipment, etc.) that are embedded with sensors, software, and other technologies that enable them to collect and exchange data. By incorporating IoT technologies into your app, you can create an app that can interact with and control these devices, collect and analyze data from them, and integrate with other systems and services. For example, you could create a mobile app that allows users to monitor and control their home security system, a fitness app that tracks and analyzes data from wearable devices, or an app that helps businesses manage and optimize their supply chain. To develop an app with IoT, you will need to have a good understanding of IoT technologies and how to integrate them into your app. You will also need to have the necessary hardware and infrastructure in place to support your app and the connected devices.

What are IoT Challenges?

There are several challenges associated with the Internet of Things (IoT), including the following:

Overall, the challenges associated with IoT are complex and multifaceted, and require the collaboration and expertise of many different stakeholders. Addressing these challenges will be essential for realizing the full potential of IoT and enabling the development of innovative and effective applications and services.